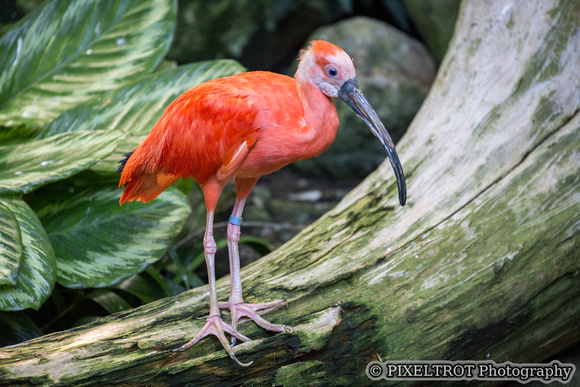 The Scarlet Ibis is a species of ibis in the bird family Threskiornithidae. It inhabits tropical South America and islands of the Caribbean. In form it resembles most of the other twenty-seven extant species of ibis, but its remarkably brilliant scarlet coloration makes it unmistakable.

This medium-sized wader is a hardy, numerous, and prolific bird, and it has protected status around the world. Its IUCN status is "least concern". The legitimacy of Eudocimus ruber as a biological classification, however, is in dispute. Traditional Linnaean taxonomy classifies it as a unique species, but an increasing number of scientists have moved to reclassify it as a subspecies of a more general American ibis species
Pixeltrot.com by John Temponeras
Powered by ZENFOLIO User Agreement
Cancel
Continue