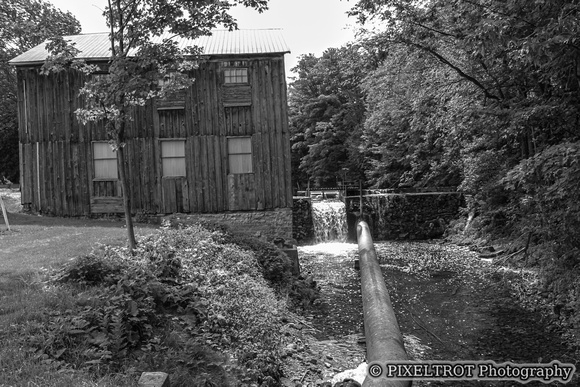 Walters Falls was founded in the 1852 when John Walter of Toronto took up 300 acres of wild land on the south branch of the Bighead River. Walter set up a sawmill in 1853.

The area surrounding the inn features a river, a dam, a large waterfall and a forest with outcroppings of the Niagara Escarpment. The area is maintained in a picturesque condition and is considered a local tourist attraction. The waterfall is just one of many in Grey County.